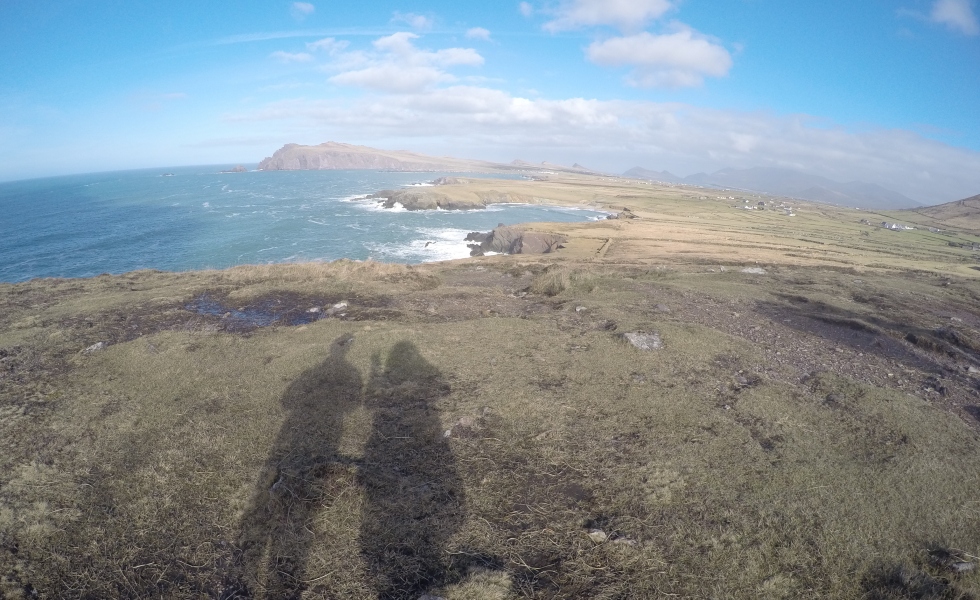 Hey guys I am sorry that it has taken so long to post again, but there has been so many things going on (not to mention the spotty wifi signal I get everywhere)

Ill start with the beginning of the week…

Tuesday: It was international food night at Stables. People from different countries bought home made dishes and then for the small price of 2 euro you could try some of the them. i tried a cheese thing from France, a crepe (I was told to put the Nutella down because apparently as much as you want does not equal half the can…I still used the half the can), an African meat pie and some kind of chicken curry. It was all delicious!

Wednesday: This was the OPC night out, or a night out with the Outdoor Pursuits Club. We started at the clubs meeting and we were all given vouchers for one free drink at Scholars (one of the pubs on campus). Then we were bused for free to the city center for a pub crawl with the club members. We started at The Red Hen and then continued onto Costello’s. Below is a photo of me and my room mate at the Red Hen. We ended up staying out till 3 am and the everyone in the club was great craic (look at me using the Irish lingo)

Thursday: I went to my first music tutorial for the Bodhran (an traditional Irish drum). I thought since I play the drums that I was going to be ant aural, but turns out this a completely new way of drumming. The way you hold the stick and the beats are entirely different than rock music on a set. (Below is a selfie I snuck in during class time since I have not bought a Bodhran of my own yet).

I was going to stay in until a little someone surprised me in my house. I was watching a movie in my room and when I turned around, there was Dillon! (so I had to show him a good time in Limerick) We ended up going out to a bar and club called The Library.

Friday: Now that Dillon was here I had to take him around Limerick and show him how awesome it is! We headed down town to one of my favorite pubs, The Red Hen and got food. Then we went to the cheese shop I am always raving about and got coffee and a hot cheese plate. It was complete with bread, melted cheeses, olives and sausage for only 4 euros! (Our entire day in the city was based on food course).

Then we headed to International night for the Carnival theme!

Saturday: We woke up bright and early to go on a all day tour of Killarney and Dingle. The first stop was Killarney, but we did not stay too long. We just got some coffee and walked around for an hour. Below is a photo of the church in town that was gorgeous. (Have you ever seen a church in Europe that wasn’t?)

Then we headed to the Dingle Peninsula and stopped at a bunch of places along the way. The first stop was at Inch Beach. A gorgeous beach off the peninsula with multiple rocks to climb and take in the view.

After some time strolling the beach we headed back to the bus for a scenic drive. The bus (more of a van) took us on a loop of the dingle peninsula on a path towards  Slea Head. We stopped at multiple points to walk around and take photos. I bought the GoPro out to get some gorgeous views. It was incredible!!! There were various bright green cliffs and peaks scattered amongst the beautiful pale blue water. (Hard to believe it is the same ocean as the Jersey shore) The photos can not even give this place the justice it deserves.

As we were driving we noticed the myriad of sheep roaming the cliffs. We also noticed that certain sheep had spots of color (even hot pink). Our tour guide told us that each framer uses a different dye to identify their sheep. This way they can let the sheep roam free over the peninsula, but still find them once they are needed. (The sheep were adorable by the way, so of course I took way too many photos)

After this we headed to the small fishing town of Dingle. The town was by far the cutest town in Ireland. We stopped at a local cafe for fish and chips and burgers. Of course, everything tasted amazing!

Then we headed back for a romantic Valentines Day evening with Mexican takeout and Netflix.

Sunday: The next morning we had a tour of places around Limerick. The first stop was Askeaton. It is a medieval Abbey with some of the most complete ruins of any other Abbey of its time. Our tour guide, Anthony Sheehy has spent the last 30 years showing visitors around his home town. He gives tours of the historic Abbey for free to anyone who is interested. He was so knowledgeable and his love for his hometown was incredible! He also told us of his trip to America, where of course he was taken back by the portion size at Cheesecake Factory. (Also the term doggy bag is strange to anyone who isn’t from America)

Then we headed to St. Johns Castle. It is a medieval castle located in the heart of Limerick city. The tour was amazing, including a cannonball firing game, medieval dress up clothes and of course a breathtaking view of Limerick from the top of the castle.

Tomorrow Dillon and I plan on exploring the local area to find some castle ruins to climb. (Also a great opportunity to wear the head strap for the GoPro) Then I might head to a meeting to learn about caving. The OPC offers caving trips and lessons and how awesome would it be to propel down caves in Ireland??